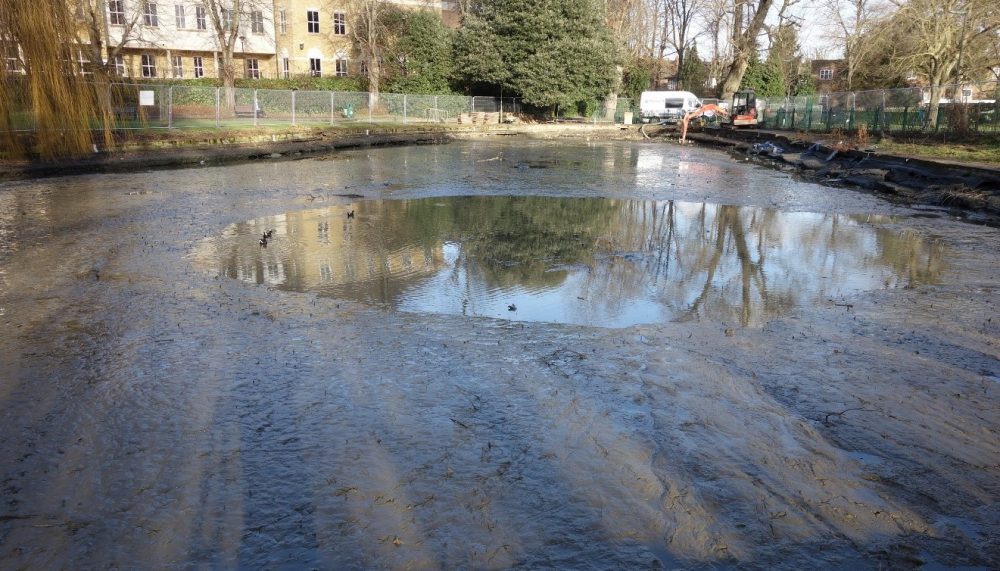 A new project for us at Thorne’s working on behalf of Epsom & Ewell Council to carry out the restoration of an historic pond in Rosebery Park, Epsom, Surrey.

The pond was built in the mid 1800’s and was generally used as a boating pond. Even though the pond was never intended to store fish we caught and removed over 200 fish with some of them weighing over 10lbs!

After pumping out the water it became clear that the silt levels were very high and as a result, Epsom Council have instructed us to arrange to have the silt removed. Despite weather conditions proving to be a challenge at times, the works are progressing and the fish all found a new home!